I got intererested in exhibitions when a dealer I used to get new issues from sent me a souvenir sheet from the 1972 Shopex show in London which had a couple of New Zealand health stamps on it. I quite liked it and picked up others when I saw them. I also collected postcards at that timeand found I had quite a number from GB exhibitions which were non philatelic. Over the years I have found the non philatelic events more interesting because they are not well catalogued like stamp exhibitions so you never know what is going to turn up

It may seem odd to be doing a display entitled "Non Philatelic Exhibitions of GB" when this is a philatelic event. However, in national competitions now we now have classes for postcards, ephemera and cinderella, all of which form most of this display. As this is a Scottish event I decided to concentrate to a large extent on the three main Scottish exhibitions which took place before the first World War - the 1901 Glasgow Exhibition, the 1908 Edinburgh Exhibition and the 1911 Glasgow Exhibition. However, there was little exhibition activity in Scotland before 1900 so the first two frames consist of material which came from English exhibitions. 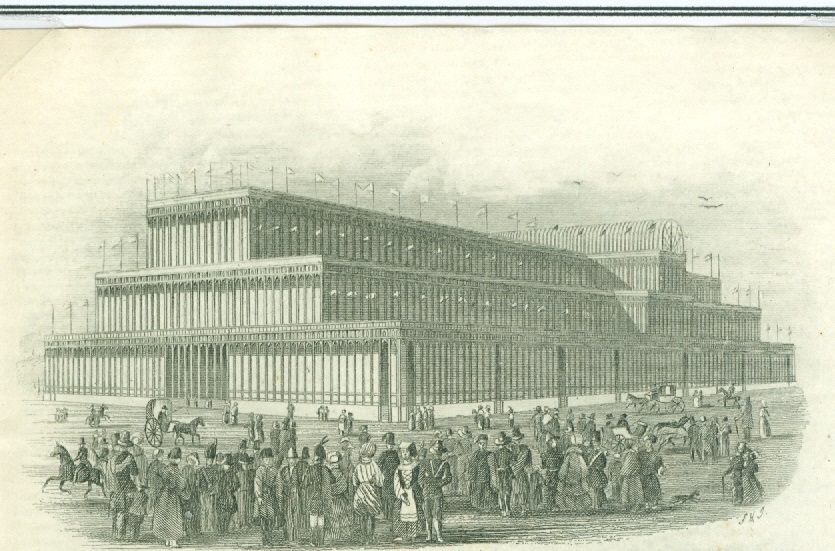 The first big exhibition in this country was in 1851. It was the brain child of Prince Albert and its aim was to show the world Britain's achievements and that of its colonies. Designs were sought for the building to house it and the winner was what came to be known as the Crystal Palace. It was designed by Joseph Paxton and was erected in Hyde Park. At the end of the exhibition it was dismantled and moved to a site on Sydenham Hill where the Crystal Palace Sports Ground is now.

Many modifications were made including two large water towers to provide water for the many fountains which had been added. If you see a picture of the palace without a tower at each end it is the original Hyde Park structure. There was little in the way of souvenirs from the exhibition. Germany produced a label but we did not and there was no cancellation. Thomas de la Rue was there with a machine which folded and gummed rnvelopes. Used ones are particularly scarce. 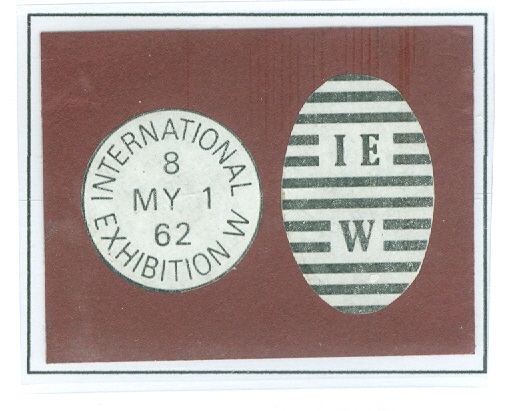 In 1862 there was another big exhibition and for the first time there was a postmark. The site was roughly where the Museum of Natural History is now. There followed quite a number of quite large exhibitions up to 1900, most of which are shown.

The Inventions Exhibition of 1885 and the Indian and Colonial Exhibition of 1886 both produced greetings cards on thick card. These were a various designs and could be for birthdays, Christmas, New Year and others with any design being used for any event. That was not repeated so I assume they were not a success. 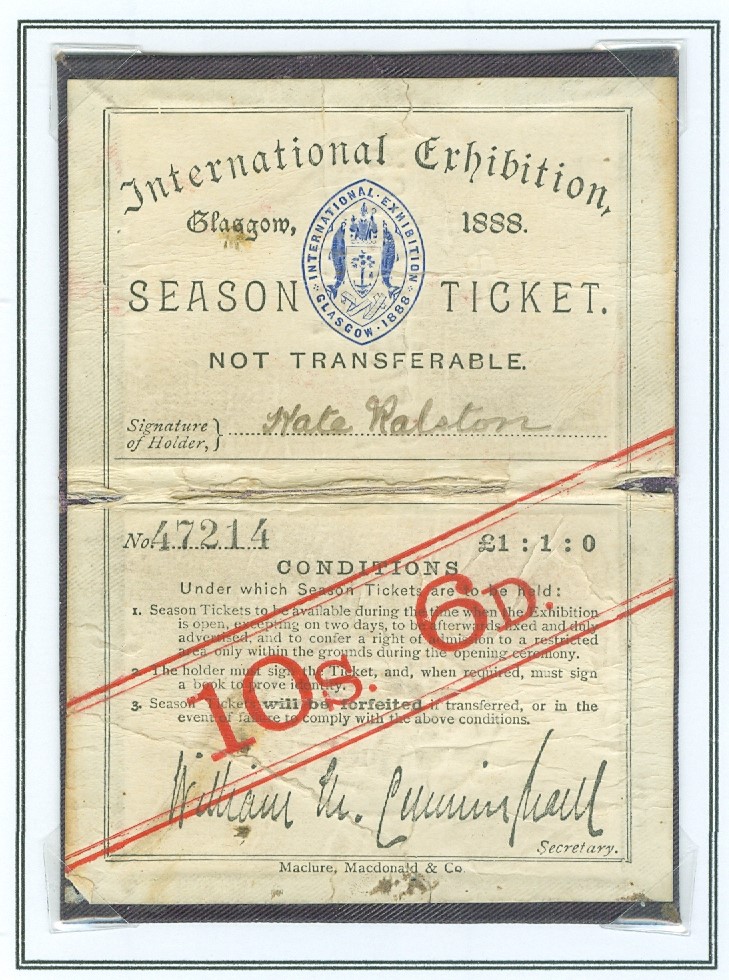 The next three frames are concerned mainly with the 1901 Glasgow Exhibition. However, prior to that in 1888 there was a big exhibition on a site in Kelvingrove Park. The aim of it was twofold. Firstly to show off the city's great achievements as second only to London and secondly to raise money for a purpose built art gallery and museum as the city had run out of room for all its treasures. The result was that in 1901 when the second exhibition opened, alongside it, also opening on the same day, was the purpose built Art gallery and Museum. It was very successful and raised over £40.000.

The only item I have found for the 1888 Exhibition is the season ticket shown but the 1901 Exhibition produced many items of labels, postcards and ephemera. Henri Cassier, a Belgian artist, was commissioned to produce a series of postcards for the exhibition and these depicted scenes of Glasgow including ships on the River Clyde

There was also a small Christmas card produced in 1900 advertising the exhibition with quotes from Burns and Tennyson. The front has the Glasgow coat of arms printed in gold plus G.I.E. 1901 but inside it says Xmas 1900. It is not clear whether these were sold or were just given to exhibition officials.

The next two frames cover the 1908 Edinburgh Exhibition held in Saughton Park estate, which is to the west of Edinburgh city centre and just north of where the prison is now. It also produced many collectable items but for some reason season tickets are very scarce and I have only ever seen one which is in the display. There was one very popular exhibit - a Baby Incubator Institute . Incubators were in their infancy - no pun intended - and people were told in adverts that they could see the babies actually being attended to. There were four boys and one girl. The babies thrived and daily bulletins were given out as to their progress. Health and safety would never agree to this today. 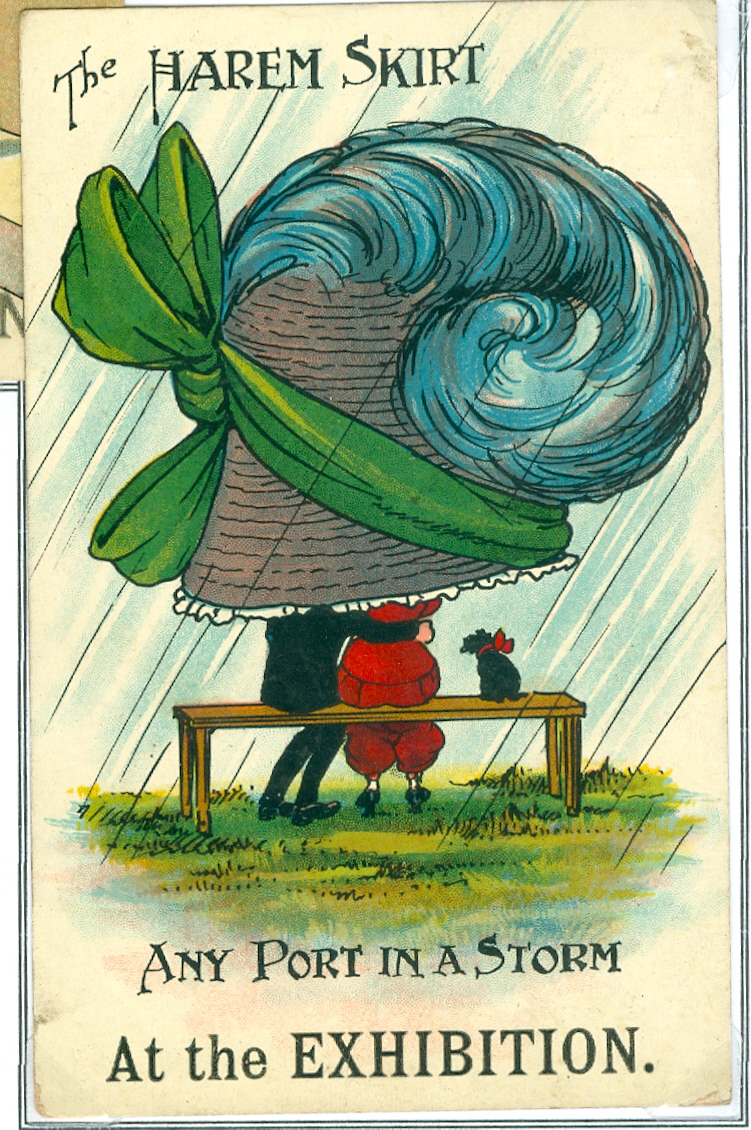 Next door to the incubators was the Senegal Village where a group of Sengalese people were to be seen working at their normal occupations. However, while there one of the women gave birth to a baby girl - if she had needed an incubator she would have been well placed to get one. She was named Scotia Reekie. What a name to have to go through life with.

The last three frames cover the 1911 Glasgow Exhibition. It was on a smaller scale than the 1901 exhibition but was held in the same location, Kelvingrove Park. One of the main objects of the exhibition was to raise money for the endowment of a chair of Scottish History and Literature at the university in the city of Glasgow. They had a daily pageant on the River Kelvin. 1901 was the 100th anniversary of Henry Bell's Comet, the first commercially viable steam vessel and it had been built on the River Clyde. The Kelvin came into its own as a series of models of historic vessels took to the water in a daily pageant headed by an ancient Briton in a coracle and fourteen boats later ending with a Super Dreadnaught battleship.

Below is a picture of Jean receiving her Tom Rielly medal from President Robert Watt. 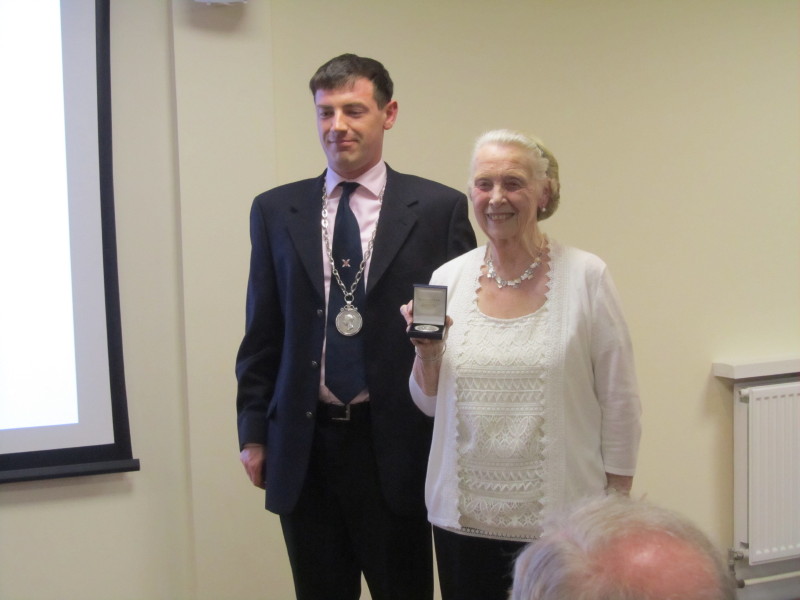