As hosts for the event Scottish Philatelic Society, who were celebrating their 125th Birthday, produced a Cover, Postcard, Labels and a Smiler Sheet to mark the event. The theme for this congress was 125 Years of Scottish Philately.

Click on any of the following images to enlarge them on a seperate tab or page.

The Postal Administrations of Jersey, Guernsey and Gibralter attended this year and the following Post & Go Strips were available.

The Congress overprint was available on the Jersey and Guernsey flags as well as the Gibraltar Year of the Dog Strips.

On Friday night the Tom Rielly display was given by Stephen Weir.
Details of the display can be found in the Tom Rielly section of the website or by clicking here.

Following the Tom Rielly display a civic reception hosted by Lord Provost Dennis Melloy was held in the Dewars Centre which was very well attended.

Following the civic reception the Congress Dinner was held which was then followed by the award ceremony where the guest of honour was ex President of the Royal Philatelic Society of London, Frank Walton RDP, FRPSL. The National Exhibition competition winners were awarded their trophies and this was followed by the awards of Association honours for services to philately.
The trophy winners can be viewed on the palmares pages of the website.

The recipient of an ASPS Award of Merit this year was Gordon Shepherd from Uddingston Stamp & Postcard Club.

At the AGM held on Saturday 21st April delegates elected Robert Watt from Largs & District Stamp Club to be President of ASPS and Colin Caskie from Perth Philatlic Society as the new Vice President.
Below is a picture of outgoing President Richard Cuthbertson (on the right) handing over the chain of office to Robert Watt. 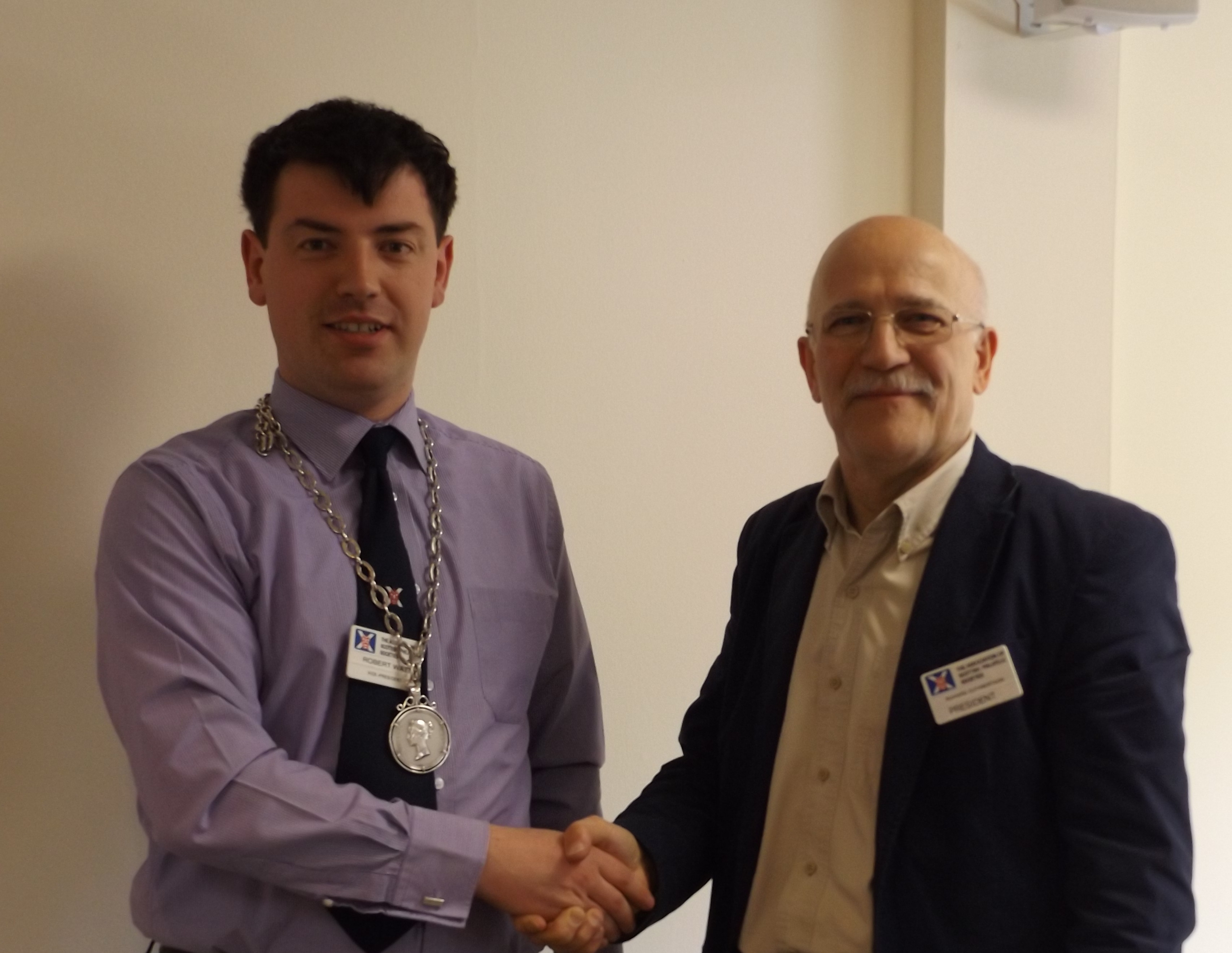